The main trail shifted from gravel to dirt to leaf-covered switchbacks beneath our feet. The ambient temperature was quickly rising, leaving some residual moisture in the air, and I was immediately struck by the lushness of the Kentucky Forest. Fallen Deciduous Magnolia leaves (apparently also called a Cucumber Tree) littered the forest floor. Many were upside down and curled towards the ground, their arched, silvery backs reminiscent of land Iguanas in the Galapagos. Aside from the crunch of the leaves underfoot, the forest felt quiet, as if a blanket of snow had just fallen. Soon enough, a few songbirds tweeted and tree frogs croaked from the surrounding canopy, reminding us that we were not alone. Even though we had driven here in only two days from New England, I felt like I had been teleported into another time and place. A directional sign indicated a right hand turn to a climbing crag appropriately called “The Land Before Time,” and we veered right to pass though a natural sandstone arch, through narrow trails lined with rhododendron and laurel, and under looming Beech and Sycamore trees shading the valley below. This is life at the upper rim of the Muir Valley in the Red River Gorge.

Named after John Muir, the “Father of the US National Parks” and considered the best climber at the end of the 19th Century, Muir Valley is a 360-acre preserve for recreation. Once owned by Rick and Liz Weber, the Valley is now run and managed by a non-profit organization called “The Friends of Muir Valley.” Even in late fall when most of the blooms have passed and many leaves have fallen, the valley still proves to be lush and enchanting. Especially in the era of what many consider the “Disneyfication” of our national parks, I am thankful for people like Rick and Liz Weber who saw the promise in the landscape and understood the value of preserving access for others. Owning this valley was never a money-making proposition for them. They didn’t fill it with zip lines and canopy tours and “for-pay” adventure. Instead, they allowed people to develop a trail system to allow access to the Valley’s many waterfalls and vistas and to support responsible climbing of the surrounding Corbin Sandstone cliffs. While only a small part of the Red River Gorge climbing area, a climber could spend years in Muir Valley, never repeating a climb and never tiring of its landscape.

Even the campgrounds have their own character here in Appalachia. Our first assessment of Land of the Arches Campground didn’t align with our vision of manicured and structured Northeastern campsites. The main building on the side looks like an enormous Quonset hut with a western facade from a movie set. There is a large, open walled, pavilion to the North with picnic tables, some cooking counters, and an industrial metal sink. Tents are pitched anywhere and everywhere on the grass and a few fire rings are scattered about. Further exploration of the grounds revealed ping pong tables, some dodgy exterior bathrooms, and a lower level to the campsite full of deer. The cost is $5.00 per person per night, and we figured it was worth the chance. We parked Vanna across a small ravine from the main site, found level-enough ground and set up shop for the night. The early morning hours brought the “pft,pft,pft” sounds of car engines from the valley road below hours before the sunrise at 8:00 AM. The shift from the eastern side of the Eastern Time zone to the western edge has required some adjustment on our part. After just a couple days, the Land of the Arches campground started to feel like home. We took a rest day, and I befriended the owner, Dave, who was born and bred in Kentucky. He was excited to tour our van and spoke about his dreams to retire soon and travel to other campgrounds with his truck camper and participate in the “work to stay” programs available at many sites. Not able to find any bins, I asked Dave about recycling on site. He said that he would do it if he knew how to print up signs. I offered to make the signs and to give him a tutorial. This led to sharing and learning about the wonders of Microsoft Word, and clip art, and adding recycling to the dock of trash bins located behind the cooking pavilion.

I have been realizing that life on the road can take many forms. You can choose to engage with a place as if you would in your home community or you can choose to be just a visitor. Time on the road has made me realize that my default is to contribute. Whether it is chopping wood for Alice and John, helping Debby clear brush while in Hamilton, or doing what I can to ensure that a campground recycles, then I want to put the time and energy into helping make those things happen. I am convinced this outlook can complement, rather than replace, adventure and recreation.

The larger challenge here in Kentucky is how to feel good about living “a life of leisure” in an area with tremendous abject poverty. Even the nicest places in rural Slade, KY are in need of repair. If you drive more than two miles down any side of the road, you are met with trailers that are busted apart, inhabited houses that look like they are on the verge of falling down, and household dogs eating household chickens on the front lawn. While our campervan is more modest than many, it is still a luxury by any standard in rural Kentucky. I am certain that I will constantly struggle with this contrast, and that I will never be able to reconcile these differences, but I am committed to making small improvements while I can as a guest in the South. 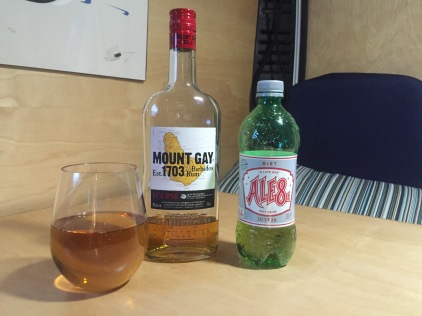 Our “Southern Stormy” drink made with local Ale 8 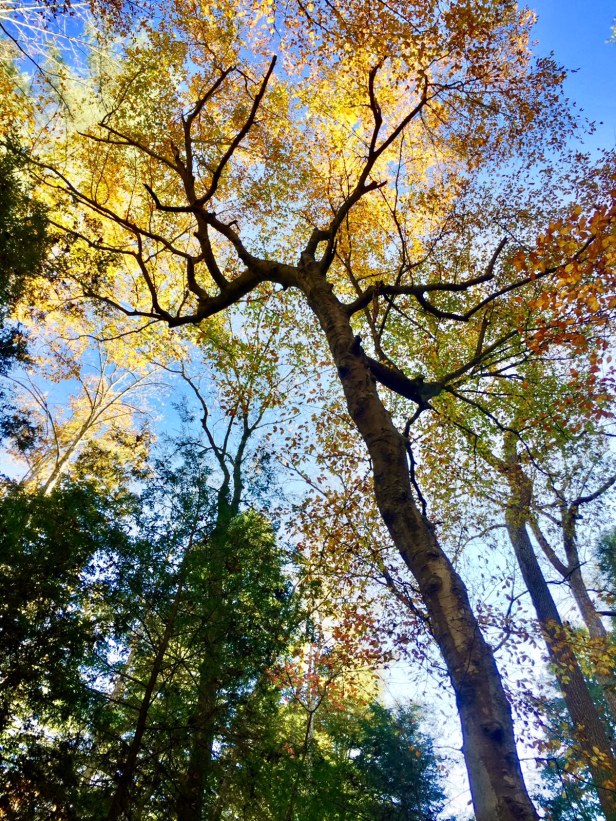 A local Beech Tree showing off its fall colors

One thought on “First Impressions of Kentucky” 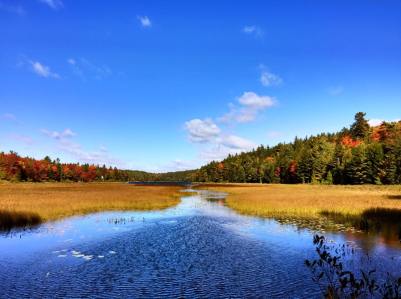 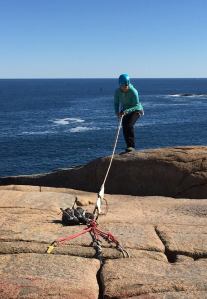 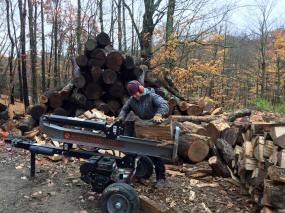 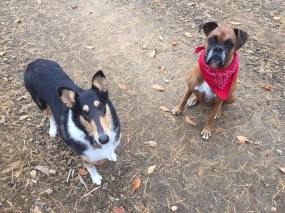 Tikka and her friend Regan from MDI 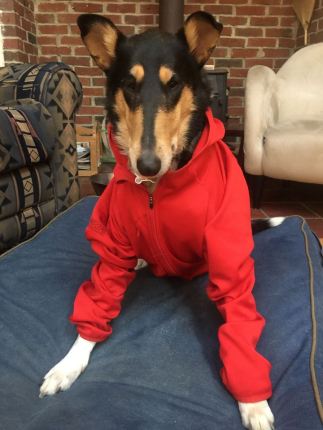 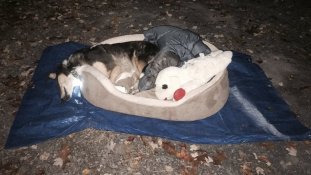 Passed out after a long day att he cliff. Lambchop was on watch for night creatures. 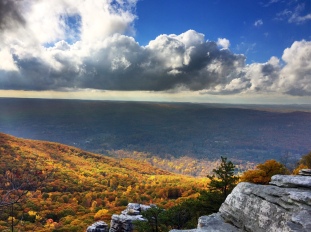 View from the Shawangunk Ridge 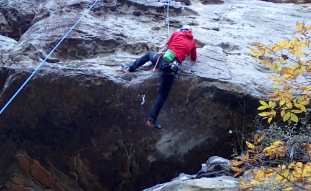 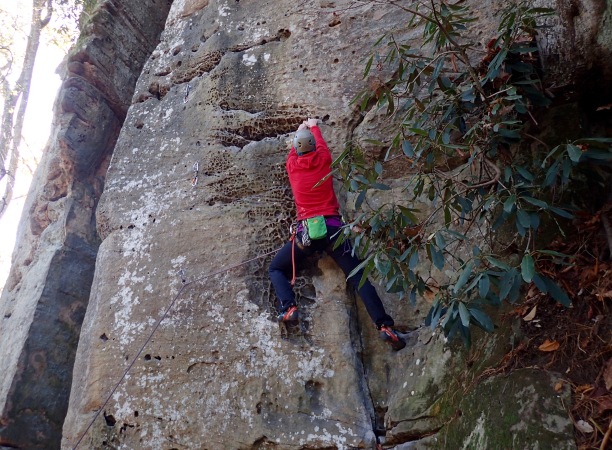